The Ins and Outs of Topping as a Trans Girl 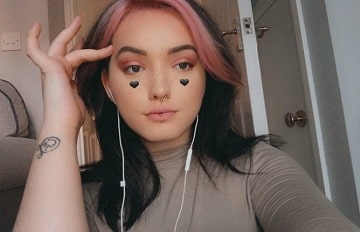 I’m not into topping—but plenty of other trans women are. I asked some (and a few straight guys who bottom) what it’s like for them.

There are two reasons why I do not top: One, topping takes a lot of effort, and I prefer not to work up a sweat. Two, I’m a non-op trans woman, and the only position that I’m in when I penetrate a partner with my penis is one of existential vulnerability.

I’ve passed on most requests to top because I felt like my womanhood was at stake. If I were to leave the bottom, I would be moving away from the sexual expectation to which straight cis women are held: to be penetrated. When I do top, my partner’s desire feels more ambiguous: What am I to him?

This anxiety colored the first time I did it, an exception made for my former high school sweetheart who wanted to lose their butt virginity after our first semester in college. I was hesitant, but I wanted my ex to have a good first fuck, so the service top in me took the wheel.

With their musty roommate sexiled, my penis slid into Matt, the person I dated back when I ruled the school as gaytriarch, ordained by popular vote to be the school’s first absolute flamer of a homecoming king, and whose name has been changed here to protect their identity. The sex turned out to be a mindfuck: What if I was still that 16-year-old boy for my ex? What if nothing has changed? What if I have not changed? But, of course things had changed: I had grown a B-cup and a new set of pronouns. Except, in the moment, the only change I felt was the blood gushing from my nose and onto the back of my ex kneeling in doggy-style. Maybe it was a nudge-by-way-of-nosebleed from God telling me topping wasn’t the move.

Even though we’d ejected Matt’s roomate, I didn’t feel like we were alone. What’s below my belt invites unwelcome guests: ogling peeping Toms and conservative talk show hosts, or at least their lingering eyes and voices. They make topping feel even more fraught: I feel like my penis is not my own because—well, I often don’t even want it to be—but also because others’ two cents about my genitals seem to be worth more than mine. My crotch is zeroed in on by commentators and legislators, surveilled, and debated. An unexpected bulge below a dress alerts TSA agents to an “anomaly” that requires invasive inspection. A body with a penis in a women’s restroom is an imminent sexual threat. A chick with a dick is a Pornhub genre unto her own, jerked off to and then vanished by a Chrome incognito window closed. A trans girl’s body is either a weapon, or a sex toy. 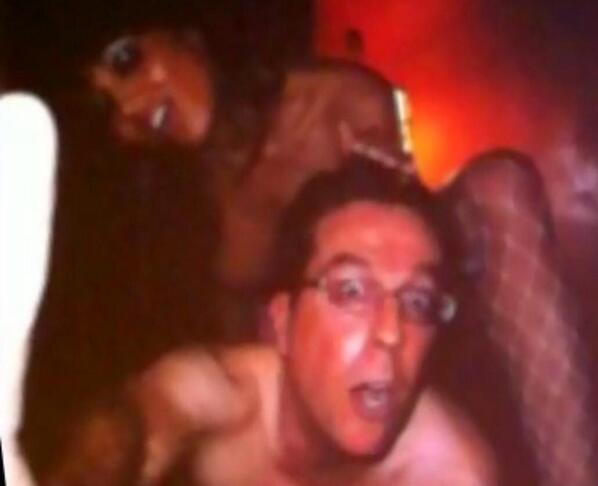 Trans women have relationships to topping that exist beyond transphobic voyeurism, so I dropped a line to a few women (and a few guys who are into being topped by trans gals) to hear what they had to say. For Xris, an LA trans woman (whose last name, like the others’ I spoke to for this story, has been omitted to protect her privacy), mainstream porn’s representation of trans women doesn’t quite square with her experiences. “I don’t understand the fascination with ‘tranny cock.’ The fetishization of our genitalia is wild to me,” Xris tells me in an email. “Most porn that involves trans women has some shock factor: This man was tricked by the sneaky tranny, or, Oh, yeah, this tranny dick is so hot! Let me be topped by a tranny.”

“The femininity of a trans woman, while I still had the ability to bottom, is what really got me”

But the femininity and womanhood of a trans woman who tops, in fact, is what seals the deal for most men who are into us and like to bottom, according to Neal, a transamorous guy from White Plans, New York whom I spoke with, along with three other men, for this story. He developed an interest in trans women after being topped by a cis female partner wielding a strap-on. He tells me, “The femininity of a trans woman, while I still had the ability to bottom, is what really got me.”

Some trans women I know feel especially feminine when they top. Octavia, a New York–based sex educator in her 20s, tops every which way, with people of all genders. She feels empowered in her femininity while topping a man because she feels she is fucking with his masculinity in more ways than one. She thinks something to the tune of, “ Take that girl-dick! Only a real man can handle this much woman.” For her, topping is charged with the energy of “challenging her partner’s masculinity.”

But when she is with a cis woman, Octavia is confronted with a person who is anatomically considered to be the standard of womanhood and femininity. She says she cannot define her femininity in contrast to what she is not. Rather, she has to reconcile that two women are having sex, even though one is penetrating with a penis, and the other has never, and probably will never, have that capacity without the use of a strap-on. (This distinction carries weight for some, because the penis is sometimes stigmatized within lesbian culture through the valorization of those who have never had sex with a penis, otherwise known as “gold-star lesbians.”)

“I am appreciating my femininity when I top as a lesbian. I’m being a strong and supportive woman.” 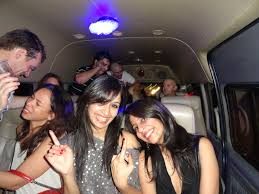 For Grace, a 21-year-old Baltimore trans woman, being with another woman was the introduction to topping that she needed. “I never felt comfortable accessing dominance until I could understand that through lesbian identity,” she says, explaining that topping as a heterosexual man meant she denied her own femininity while objectifying that of her partner’s, which wasn’t for her. “I am appreciating my femininity when I top as a lesbian. I’m being a strong and supportive woman,” she messages me. “I’m holding my femininity, not suppressing it.”

Many trans women who favor bottoming can still find pleasure in topping. “Sharing a part of my body with a partner who seemingly has more control over a body part than I do doesn’t have to be a bad thing,” Xris tells me. “I want my partner to feel good.” This type of service-topping can transform an act that is otherwise characterized by anxious refusal into one of mutual pleasure—even if the person topping is motivated more by generosity than by sexual desire.

“I am showing my partner a part of me that I don’t usually like. When I top, I definitely feel like I’m being not only vulnerable, but even pushing the boundaries of my own comfort,” Xris explains. “I’m fine doing this if there’s conversation involved.”

Tops are sometimes assumed instead to have no sexual boundaries, says Grace, referencing her own experiences topping with her “Swiss Army Knife pussy,” otherwise known as a penis. According to the magenta-mohawked power dyke, bottoms often expect tops to give without question, while the penetration of the bottom warrants a check-in. This suggested imbalance is, of course, ridiculous: “It’s not like the bottom’s consent is the only thing that’s here,” Grace says. “When you imagine that, then my actions are only in accordance [with] your consent.” This reduction reinforces rape culture: Ignoring the vulnerability that comes with topping cements the idea that a receiving partner is passive.

“I had a casual flirtationship with this trans kid,” Grace recalls, which, to her delight, was seasoned with lots of topping. But when she wouldn’t penetrate them? “They said that I was teasing them. I responded, ‘No, I’m doing what I want to be doing. If you want me to be doing something else, then you need to ask me for it.’” A discussion about boundaries can be the fulcrum upon which sex seesaws between discomfort and violation. Without it—and even with it—topping can slide towards the latter.

During my time on a college campus, an often tricky place to navigate consent and sexual assault, I saw the way that sex was cleaned of its necessarily sticky nuances, and instead reduced to mutually exclusive dualisms of cis attacker and cis victim. In new-student orientations, the testimonies delivered to quivering first-years were usually from heterosexual white women. The instructors invoked stories of rape in which victims begged their assaulters in the “active,” or top, positions to stop penetrating them. I was implicitly instructed that the penetrated is always on the verge of being violated.

It makes sense, then, that topping can be fraught with the anxiety of doing harm. Octavia told me that’s another part of why she is hesitant about topping cis women. In those moments, she worries, “What if my topping is actually related to power dynamics? What if there is something wrong with what I am doing?” Her fear stems from the risk of violating her partners—and that, if she were to unwittingly violate a cis woman, she would be implicitly positioned as a man by way of the dominant rape narrative that dictates only penetrative sex to be rape, and only men hurt women.

Topping and bottoming are bound up in relations of power. That’s why dominant and submissive roles, which are explicitly concerned with intentional exchanges of power, are often conflated with topping and bottoming, respectively. I don’t top perhaps because I don’t get my kicks from the power that topping promises, like physical control or interpersonal dominance. But I don’t, per se, find power on the bottom, nor do I necessarily want to.

For me, bottoming is aptly described as “what happens when someone or something else does your desiring for you,” as the critic Andrea Long Chu wrote. Bottoming outsources the physical responsibility of desiring to something or someone else. I like bottoming because it activates my power to refuse action on my own power.

In my case, topping can feel more like bottoming—like the penetrator is being fucked by the penetrated. The bottom determines how the encounter will take place. This upends the misogynistic anticipation of a hole as a passive receptacle, something that can only take, and not give. The hole can do the fucking. In other words: When I top, every bottom is a power bottom.

This kind of vulnerable topping was presented to the masses by the trans icon no one wanted: Transparent’s Maura Pfefferman. In a scene from the season two finale, Maura lies on a hotel bed, straddled by a similarly middle-aged woman who likely shares our protagonist’s love of shawls and NPR. Vicki, Maura’s cis partner, envelops Maura’s crotch with hers. Riding in cowgirl, Vicki heaves her body upon Maura’s—and despite the penis that slides into her, Vicki is clearly the top. Lavender-painted nails clutch the small of Vicki’s thrusting back as Maura and Vicki come quicker than you can say station wagon lesbians.

Maura bottoms while topping, a provocation that inspired this column. But this sexual contradiction is not exclusive to a fictional character; it returned the next time I topped. A few months after I bled all over my ex, a wallflower led yours-intoxicated-truly from a college party back to his room where he mounted me like Vicki did Maura. Within a minute, my nose gushed blood again, probably from the overwhelm of topping a bottom who was topping me. Try as I might to assert my proud bottomhood, sex is never that simple. Even when I am in my preferred position—on my back with my legs in the air—I can never be totally certain what I’m going to get—or give.